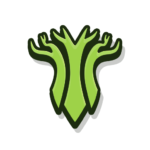 New to the Brawl

There’s some new tech (and a new face) at the Brawl! As part of the v.0.18 release, here are some great new ships and a mysterious new Hero to help you keep your enemies on the run…

Description: With its naturally large size and hardened shell, the Leatherback was considered aquatic royalty before Nautilus strapped a massive missile battery to its back. Destruction awaits those foolish enough to get in its way.

Description: This giant manta ray has an electrical cannon that gives off electrical waves, dealing damage to nearby enemies while directing electrically charged shells at targets in its front arc.

Description: Ferocious doesn’t even begin to describe it. This gargantuan crocodile has a right-facing cannon grafted to its scaly back. Although its side-facing weapon lacks accuracy, if it hits large stationary targets like bases, it does a great deal of damage.

Description: A predator in its own right, the Outcast may have crossed the line when they attached massive spikes and a harpoon cannon to the Loxodon. The harpoons pack enough of a punch to stop any ship in its tracks, and prevents them from using their weapons to their full potential.

The Stranger is shrouded in mystery, covered head to toe in ragged leather cloaks, sodden robes, and a suit of rusted armor. His face is not visible beneath his hood and cowl, but two glowing orange eyes stare out from the darkness, and a few angry tentacles hang out from his hood. With a wave of his lantern, the Stranger blankets the battlefield in a mysterious fog, reducing the range of hostile ships and bases.

Don’t miss out! There’s more pirate fun over on Discord.